Home / ADA-NEWS / No DCE in Sege: WHO RECEIVES THE SALUTE ON 6 March

No DCE in Sege: WHO RECEIVES THE SALUTE ON 6 March

Less than a month Ghana would celebrate its 59 years Anniversary. Decentralisation has pave the way for all Districts to observe this at all corners of our Mother Ghana.

School children get the opportunity to display their talents. Those with Security talent hallucinate the parade ground during Anniversary days. 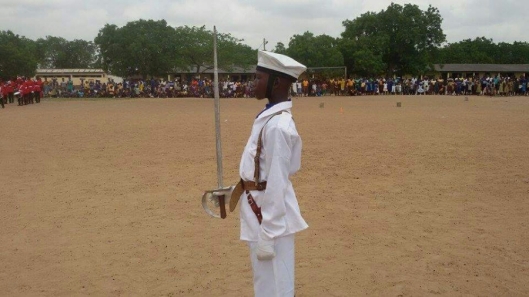 Many school children and some teachers also get the opportunity to know the Presidents Representatives for the first time in the Districts.

The District, Municipal and Metropolitan Chief Executves normally stand in front of the podium bonded by Police commander and the Education Director to recieve the Salute after the shout ” eyes right” .

Sunday, March 6th will be another Celebration. The school children who will be selected by their various schools to take part in the Ghana’s Independence Day parade at Sege in the Ada West District will no get an opportunity to know their District Chief Executive because the District has no DCE.

Anthony Yao Klokpa, the first DCE to manage the newly created District for Ada was sacked by President Mahama. The Chiefs of the Ada Traditional Council protested but the Regional Minister, Nii Layea Affotey Agbo assured the Chiefs that Mr.Klokpa will never be called back.